Girls Make Beats (GMB) was founded in 2013 and works with girls ages 7 and up introducing them to programs such as Pro Tools, Ableton, Traktor, and more. GMB unites girls and women and awards opportunities for internships, networking, access to educational materials, and more. GMB is partnered with ProMedia training and offers courses for girls to receive their Pro Tools certification. 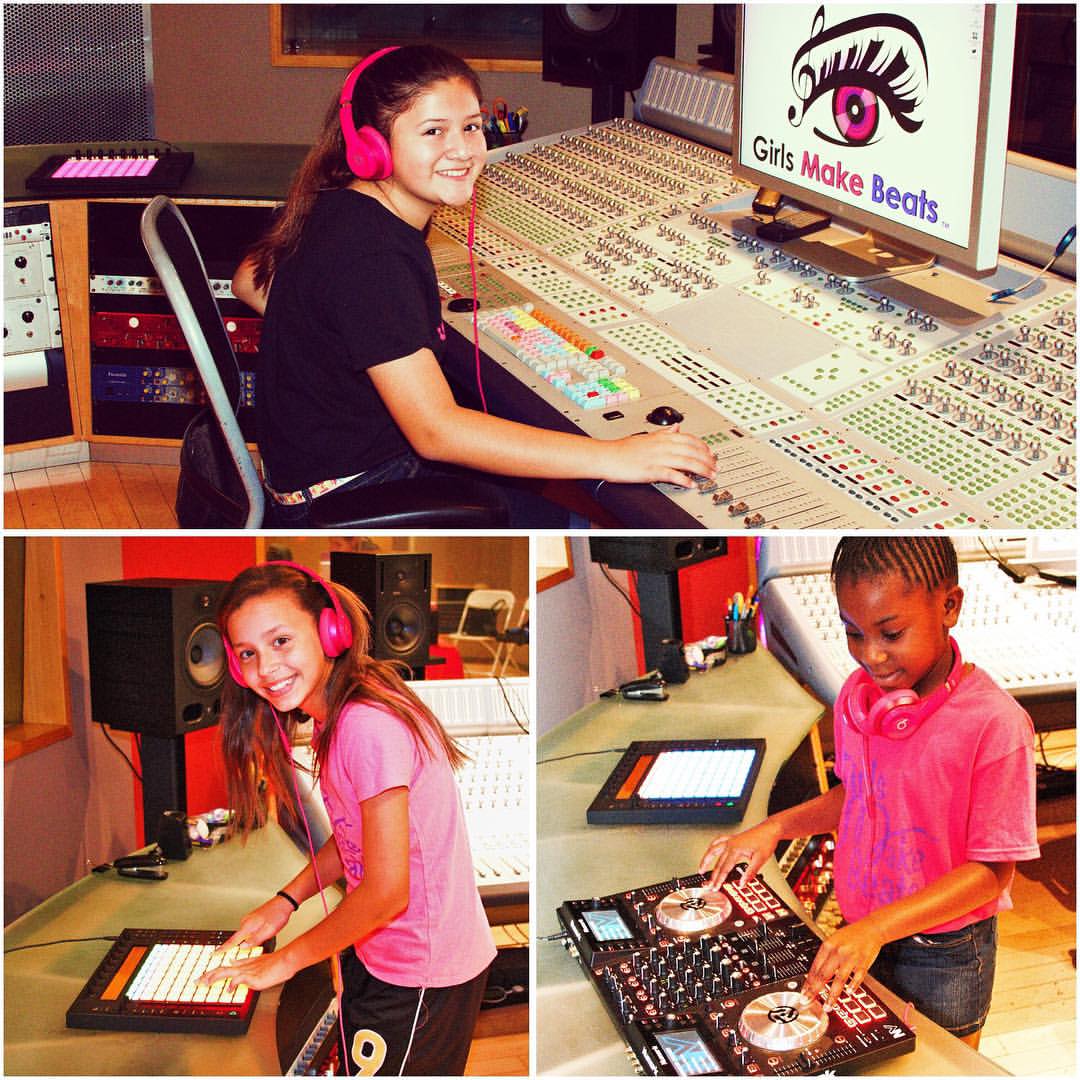 GMB gets girls acclimated to the recording environment at a young age with hopes of creating a surge of new female producers, DJs, and engineers. GMB makes special efforts to make DJ and music production equipment more appealing to girls such as using pink and purple Chroma Caps. “This immediately made a HUGE difference! The girls gravitated towards the equipment with something as small as a color change” says Tiffany. Most recently GMB has received support and interest from Ableton, Numark and Waves.

GMB also promotes women empowering women in the music industry with events that showcase female talent…noncompetitively. Women are encouraged to work with other women to pride themselves in achieving the level of producer and/or engineer. GMB is working on an ALL GIRL ALBUM that will showcase the music created throughout the program. GMB is bringing on experienced, powerful women such as accomplished mixing and recording engineer Marcella Araica, DJ Mz. Poppinz, and iHeart radio personality Stichiz to oversee and be a part of this unique album and its associated workshops.

GMB is already receiving broad support and commitment from the community. The GMB Summer showcase event featured over 20 female DJs and was hosted by 103.5 The Beat Miami. GMB has also been featured on local, national and international radio and TV stations such as Telemundo, NBC6 and more.

Tiffany has faced many challenges while paving her way into a male dominated field. “I can recall countless sessions where the initial reaction upon seeing me behind the boards was, ‘Sooo where’s the engineer?’ Or, ‘You know how to use Pro Tools?’ You should have seen the look on their faces when they learned I’d been using Pro Tools for more than a decade and am an Avid certified engineer! Now you know why I’m so passionate about wanting to change ‘the girls’ position in the music industry” says founder Tiffany Miranda.